NBA 2K20 provides a new and improved experience for 2K fans and matches the spirit of the real-life sport. It offers reworked dribbling, footwork and shooting with brand new skill moves and all sorts of ways to shoot. Lots of new game modes have been added to 2K20 such as “Black Top” “My League” and “WNBA”. Let’s have a deeper look.

Black Top provides a new fast-paced, skill-based, street court experience. Black Top focuses on basketball played in street courts with fast-paced dribbling. Doing skill moves and quickpassing is the most efficient way to score against your opponent. It’s a great feature to the game and provides a lot of variety and it’s a fantastic changefrom the normal game modes if you’re looking for something different.

In My League, a few new features have been added. Players now have daily tasks to complete each day to help their team win the Championship. You can no longer simulate all matches until the end of the season like you could do in 2K19. Each choice you make, such as talking to players or staff or playing games on schedule, uses an action point, and you are limited to the number of action points you can use per day. So you have to ensure that you choose wisely if you want to get the full potential out of your team. The more you level up, the more action points you can earn in order to help your team. So leveling up quickly is key in this mode. I think My League is still one of the most complete and enjoyable modes in the 2K franchise and with more customization tools, you can do so much more with the game mode.

The WNBA game mode is a great feature as it adds more depth to the game and even more teams and players then there already is! Although the WNBA isn’t available for online play, which is a shame. It comes with a season mode which gives it extended variety even if it doesn’t match the heights of the My League in NBA.

I feel one let down of 2k20 is that the player is not able to skip the halftime show and post-game show. Some players, including myself, want to be able to jump straight back into the game when halftime comes, but unlike other sports games you’re not able to skip half time and you’re required to watch the halftime show. For some players, this is a major issue and can cause players to become impatient. This is a big let down on behalf of 2K20. The same issue arises with the post-game show and with the Jordan Player of the Game during the show you can’t skip the scenes and it feels like it takes forever for the game to restart.

Variety of Players and Teams

My Team function provides a competitive online experience for the player where you build your team and play against other online players’ teams. Although it’s easy to get your team started up, I feel that there are too many microtransactions in the mode. One example of this is trying to get the most basic dunk in the game, you have to buy virtual currency, otherwise, you are stuck doing layups, which players find irritating. Another example is buying packs, gear, and animations for players.

NBA 2K20 continues to excel with its amazing graphics and smooth feeling gameplay while continuing to have some of the biggest improvements this year. 2K20 managed to simulate the real-life sport extremely well in the game and make the game feel authentic. One of the biggest improvements to the game is the addition of the WNBA. This mode adds a lot of pitch to the game and demonstrates the improvements of gameplay. The variety of teams also provides a great experience for players. I feel that 2K did a great job of designing the players and improving the graphics compared to last year. I also feel that the commentary adds a great atmosphere while you are playing the game.  2K should focus on limiting the microtransactions in the game so players will not have to rely on them, and also they should add more customization to other game modes and lets players skip cutscenes. I feel that these two issues decrease its overall rating, but in my opinion, 2K is still by far the best basketball game franchise at the moment.

I would give the game a rating of 4/5 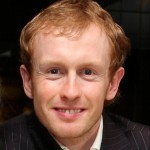 Ciarán is a former competitive cyclist and is a big fan of any sporting activity. He regularly runs, cycles, hikes, gyms (is that a thing?) and loves to review all the latest products in these areas. He brings a vast wealth of experience trying and testing new products so you know all the details. He loves tech (who doesn’t) and has reviewed some of the best headphones on the market.

Bring Italy straight to your home with Italian Food Box

5 top podcasts getting us through the pandemic!